12/09/2020 | JOE WALSH AND JENNIFER WARNES ALLIES TO INDIAN COUNTRY JOIN RED NATION CELEBRATION INSTITUTE’S BENEFIT CONCERT SERIES: ARTISTS IN SOLIDARITY FOR SYSTEMIC CHANGE THROUGH THE ARTS. MUSIC HAS THE POWER TO BRING US ALL TOGETHER

10/24/2020 |RNCI/SUNDANCE/AVA DUVERNAY Founder Joanelle Romero and the Board of The Red Nation Celebration Institute (RNCI), would like to congratulate Heather Rae, Bird Runningwater, Endeavor Content and the Sundance group for advancing the mission and message that RNCI first created over 25 years ago. RNCI is also excited that Ava DuVernay and Sydney Freeland have set up their project “SOVEREIGN,” about a Native American family, at NBC. RNCI has the largest presentation of American Indian film makers and programs, and runs the leading Indigenous International Film Festival. RNCI  is also the longest running Native Women’s nonprofit enterprise. 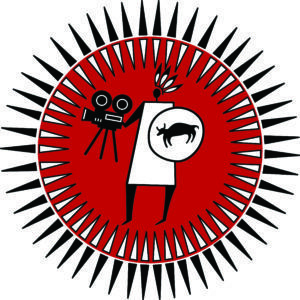 Deadline by Pete Hammond | Upsets Looming For The Race? ‘Parasite’ On The Rise; The Return Of Oscar Legend Sacheen Littlefeather

NativeNewsOnline | Women of the White Buffalo: Movement of Healing Has Begun

NativeNewsOnline | This is not the time to Boycott the Oscars

Variety is reporting that David and Aimee Thurlo’s novel “Second Sunrise” is coming to the screen under the direction of Joanelle Romero. The story welcomes a vampire, an FBI agent, shapeshifters and a Nazi threat.

The film adaptation is being spearheaded by The Romero Company and cast members Eddie Spears, Sage Galesi, Balthazar Getty and A. Martinez are already locked into place.

If there’s any silver lining to the Twilight phenomenon, it’s that it paved the way for better vampire stories to sink their teeth into screens both big and small, and yet another one is soon headed our way. Read on, fangbangers!

Variety reports that The Romero Company has acquired movie rights to Navajo vampire story Second Sunrise, based on the first of four novels in the David and Aimee Thurlo-penned Lee Nez series.

The story, set in New Mexico, brings a Navajo vampire and a no-nonsense FBI agent together to battle shapeshifters and stop a power-mad Nazi.

Eddie Spears (pictured; “Hell on Wheels“), Sage Galesi, Balthazar Getty (“Brothers & Sisters”), and A. Martinez are currently attached to star. Joanelle Romero will direct from a script by E.C. Galesi.  Romero will produce for Red Nation Films along with Rosemary Parks.